How Your Mood Can Determine Your Outlook On Life 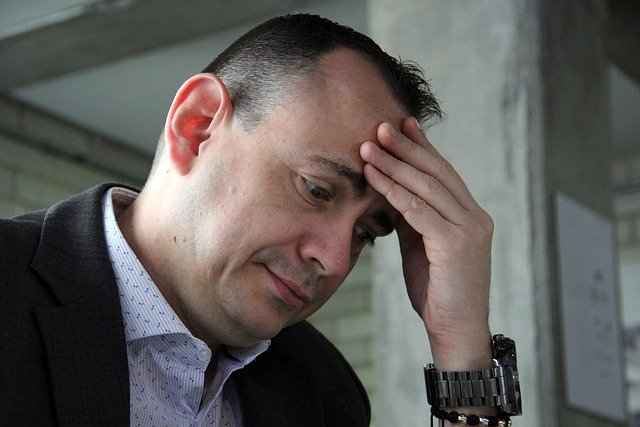 Anyone who has ever trodden on a piece of Lego, first thing in the morning, will tell you it’s not a great start to the day.  That same person might also tell you that after that they couldn’t find their car keys, and if they did, there was a hold up on the motorway and they were 20 minutes late for work.

In short, their day didn’t start well at all, and in most cases, it possibly didn’t go well in the middle, or at the end either.  Yes, they had a bad, bad day.

But were all these niggles just coincidences, or did the Lego incident at the start of the day trigger a negative mindset that attracted all the other things?

Yes, let’s talk about the law of attraction.  A load of old twaddle to some, but to others, it’s a way of life that they embrace and wouldn’t have it any other way.  I sit somewhere in the middle.

Positive and Negative thoughts, figure highly in the law of attraction mindset, and that old adage that we get back what we give out cannot be denied.

If you feel in a positive mood, your facial expressions, your body language, and your general aura reflect that; in short, you give off a positive vibe.  You connect with people, smile, and instigate conversations.  They in turn respond back to you in the same manner.  You are attracting nice things and nice people into your life.

However, if you’ve had your own Lego moment, or maybe the cat decided to revisit the contents of their tuna dinner, which you subsequently trod in, then understandably your mood won’t be so cheerful.

You probably will stomp into the kitchen, where the kids might be arguing over something trivial, and instead of calming the situation down, because of the cat sick moment, you will add to the mayhem, lose your ‘shit’ and now they hate you too.  In short, you’ve given out your negative vibe and it’s going to follow you around all day.  You are going to attract challenging things into your life.

In reality, it’s not so much what happens in our life, that creates our mood, it’s more about our reaction to the things that happen.

We do have a choice about how we react, and that is the key to the law of attraction.  Being aware of our thoughts and emotions, and making a choice.

You will only see life this way if you maintain your positive mental energy.  Positive thoughts attract positive things, simply because you have chosen to maintain a happy upbeat mindset, and can react to challenging moments in a positive way.

On the other hand, looking at the ground as you walk, with your chin almost on the floor, with a closed-in body language and general grumpy negative demeanour, won’t serve you well.

Continually being gloomy, predicting bad outcomes for every choice you have to make, inevitably manifests the bad outcomes you feared.  It’s almost like you made it happen yourself.  You attracted, what you gave out.

I have a friend, who let’s say, goes through very high highs, and desperately low lows.  The medical profession of course will diagnose this as bipolar disorder.  Though in many ways, we can assign the same theory to bipolar as we do to the laws of attraction.

When my friend is in a positive frame of mind, he is manically busy, the phone never stops ringing with new projects, invitations, meetings, and corporate days out.  He is engaging, witty, on the ball, and buzzing.  The more projects he takes on, the more keep coming in.  His office is a happy, proactive place.  People drop in for a chat, and it has a positive vibe.

However, life isn’t always so good.  Sometimes a deal doesn’t come off or doesn’t go his way, and he takes this very personally.  Call it a coincidence if you will, but at the same time, due to outside influences, such as the recent pandemic, or political changes, which affect my friend’s business, the phone also stops ringing for a while until the industry adjusts.

Things do go quiet, and then his positive energy disappears, to be replaced with an overwhelming negative gloom.

He now sees everything in a negative light.  Choosing to take the view that (mainly based on the one deal that didn’t come off)  the industry will never recover, choosing to believe that the phone has stopped ringing because everyone and everything has ground to a halt.  Visually, his face takes on a pained expression, he shuffles around where he once had a spring in his step.

People stop inviting him to lunch, the meetings don’t include him and nobody drops in for a chat.

Why?  Because of the negative energy, he is giving off.  His responses to phone calls are monosyllabic, his voice is flat.  His negativity drains the life out of the caller and visitors alike.

In short, he too is getting back what he is giving out.

You may argue that these are the classic symptoms of bipolar, however, I disagree.  I believe that it’s more about his choice of reaction to the set of circumstances he is experiencing.

A positive reaction, such as that deal that went bad has given me more time to focus on pursuing a different deal.  Or, the phone has gone a bit quiet, I’ve been so manically busy, I can now get some jobs done on my house and I’ve got time to reconnect with some old business contacts I’ve neglected would, in my view, be the better choice.

It stands to reason, that if you are enjoying life, thriving, having fun, feeling well and being prosperous then you are, by association, in a positive frame of mind.  How could you be anything else?  Positivity brings positive things.  Negativity brings negative things.

Whichever you choose, be prepared for the day to concur, and be ready for all that it delivers!

As Winston Churchill said ‘You create your own universe, as you go along‘.

This post was kindly written by Jane at stupidlemon.com