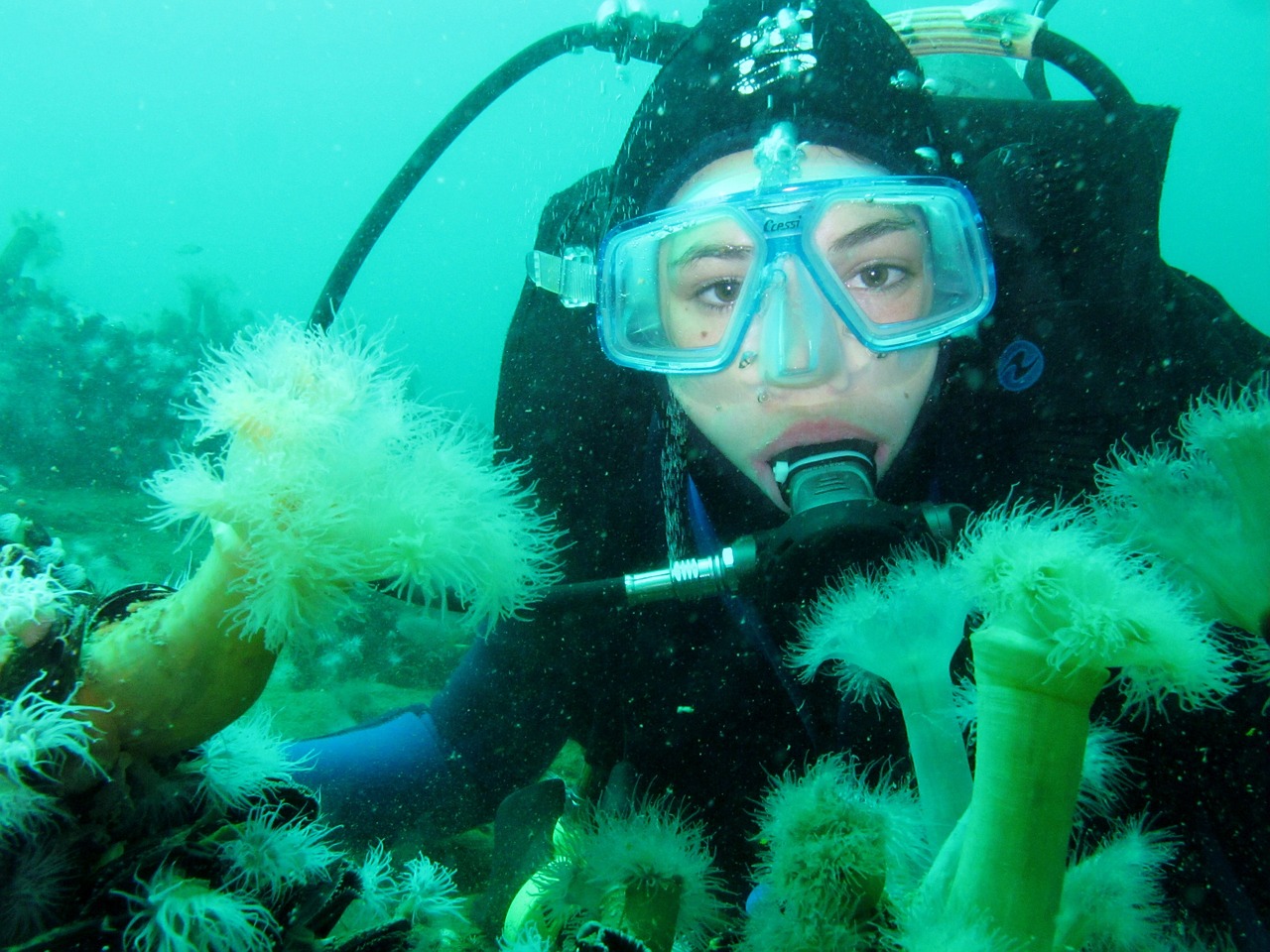 Costa Rica is an eco-tourism paradise with rainforests, exotic wildlife, volcanoes and much more. This relatively small Central American country is also an interesting place to scuba dive. Most of the diving in Costa Rica is done on the west coast Pacific Ocean side. An area up in the Guanacaste region, located in the northwestern part of the country and another south of the capital city of San Jose near the middle of its west coast is particularly popular. If flying into San Jose, you would have to do some internal travelling to get to either of these two locations.

The Guanacaste area is a bit easier to get to especially if you could arrange a flight to the town of Liberia in northern Costa Rica. There are some seasonal charter flights from North America directly to Liberia. The town of Playas del Coco which is used as the main base for divers is a short cab ride from the Liberia airport. There are restaurants and small hotels in Playa del Coco including a few American owned scuba diving operators. These operators usually have special package deals available which include both diving and accommodation in one of the local hotels. Everything in town is within easy walking distance.

I took a scuba diving trip here, in late Autumn. The operator I used was Rich Coast Diving. The local Costa Rican divemasters from Rich Coast, took all the scuba equipment including tanks down to the beach every morning, by pickup truck.

The dives ranged from about 60 feet to 85 feet, with mild to moderate currents. One thing that all divers will notice here is that the diving in Costa Rica is very different from the usual Caribbean reef diving. The visibility is a lot poorer and there are some noticeably colder thermoclines. The poor visibility is due to higher amounts of plankton in the local waters compared to the Caribbean Sea.

At some dive sites, we had to swim through areas of water which had turned into an almost brown-coloured soup. This cut the sunlight from above, drastically. However, there is an upside to this poorer visibility. The plankton attracts larger marine animals and if divers came here to see the big ones, they would not be disappointed.

Even some of the reef fish here are larger than average. The trumpet fish we saw were significantly larger than the ones found in Caribbean waters. There were many more porcupine puffer fish here too. In Caribbean waters, I’d seen only a few porcupine fish and they were usually alone. Here in Costa Rica, I saw large schools of them. We encountered large schools of other fish species, on a regular basis as well.

The local divemasters here definitely work in a different way compared to their counterparts elsewhere. In many Caribbean locations, the divemasters would promote a ‘look only, no touch’ rule. Here, the divemasters actively turned over every rock to find interesting creatures for us. They would catch them in their hands and pass them over to the other divers. Over three days of diving, I held a seahorse, an octopus, a spotted eel, an orange frogfish and a puffed up porcupine fish. The ethics of this practice of handling marine wildlife is debatable but it was certainly an interesting experience, holding these creatures in my hands. The divemasters were certainly hard working and they were eager to make sure that their guests had good diving experiences.

Large marine life, such as giant sea turtles, stingrays and white tip sharks were also spotted. On one occasion, which I will never forget, is when a very large school of cow-nose rays, resembling a huge squadron of alien spaceships, headed straight for our group of divers. They went right through the middle of us and past while we watched in wonder, then disappeared. This memorable experience was all too brief.

The cost of diving in Costa Rica is very reasonable, being significantly lower than in premium priced locations, such as the Cayman Islands and the Bahamas. Costa Rica also has many other things to see and activities to do, both on land and sea, in this beautiful, tropical country.